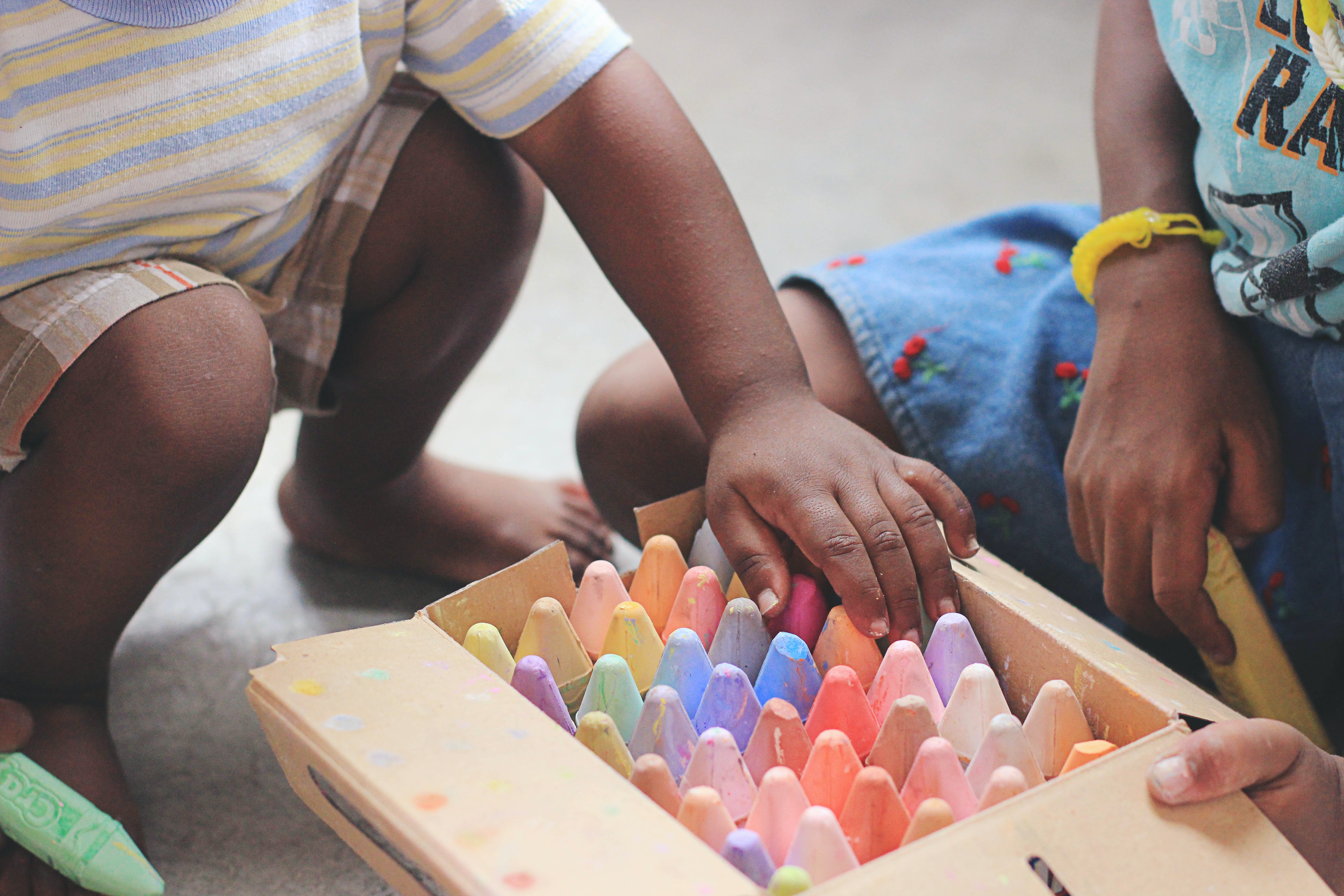 “I believe art can take many forms...[and] it can also be pure fun!” Want to make the most of your tykes passion for art? Retykle Ambassador, Patricia Crockett, gives us some of the ways she helps to foster her little tykes creatively and make art important. Painting, sculptures, photography, and everything in-between! Make art matter, no matter the medium.

I believe art can take many forms and at the very least it can help children's minds wander thus encouraging them to develop and process their feelings and emotions, but it can also be pure fun!

Stimulus in any form is essential for little one’s growth and development, as is creative interaction. Their brains are like small sponges from such an early age, and the information you present them with is what they'll respond to. With this mind, my husband and I made a collective decision to expose them to discipline that is close to our hearts.

Here are my tried and true tips and tricks for fostering your tyke’s creatively and making art matter to them, no matter their age or which medium it comes in.

Make Art A Part Of Your Daily Lives

During the social distancing period, we turned our living room windows into an endless canvas, and the bathtub became their own personal 'colourful ocean'. These places quickly became special areas of make-believe for them (plus I could contain the mess!) which served the same purpose as a treehouse or tent as we couldn't go outside. 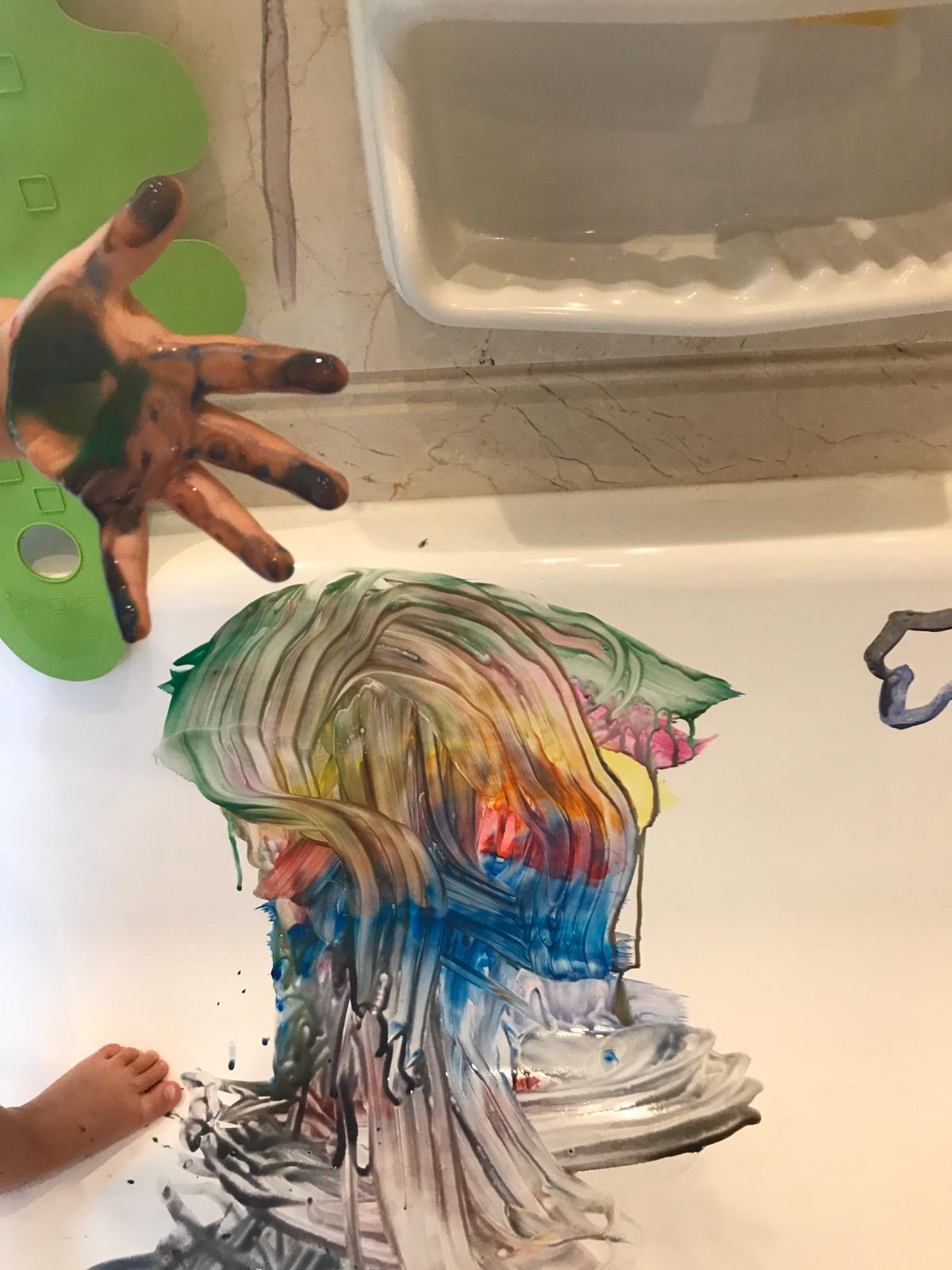 It's also crucial children feel free to express themselves where they live, as your home shouldn't be a showhome that seems precious and intimidating.

In the bathtub, we use multicoloured large papers. Colour for me took on a new meaning during the pandemic, it's a mood enhancer. I want my kids to be surrounded by positive and uplifting things, even if my world seemed a huge struggle at the time. We have lots of washable paint and different sizes of brushes - all from IKEA.

Another big hit is the IKEA easel. It is a blackboard on one side and whiteboard on the other.

They also had a blast drawing on the windows using our favourite Stabile washable pencils from Plastic Free HK.

Crayons are an essential in our house too! We love the Stockmar beeswax ones and the colours are fabulous and non-toxic, which gives me peace of mind even when my baby uses them. 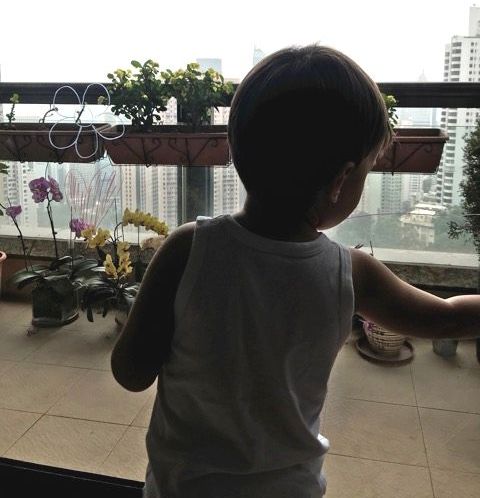 Even our nine-month-old son loves getting in on the action. He particularly loves these great high contrast books and flashcards from the Wee Gallery. He looks at them every day and remains curious and fascinated. Repetition is particularly important with very young children. I'm almost envious of how they look at things they've seen many times before with open-eyed wonder.

I believe there are no limits and rather than being told what to do, answers and directions should come from the child (and yes, before you ask, bananas can be purple and cats are only red!) Therefore the child’s creativity is limitless and they are not bombarded with never-ending negative lists of what is not, and what is not possible. This subsequently builds their confidence and self-esteem. I want my children to know they can do anything, depending on how they look at it. 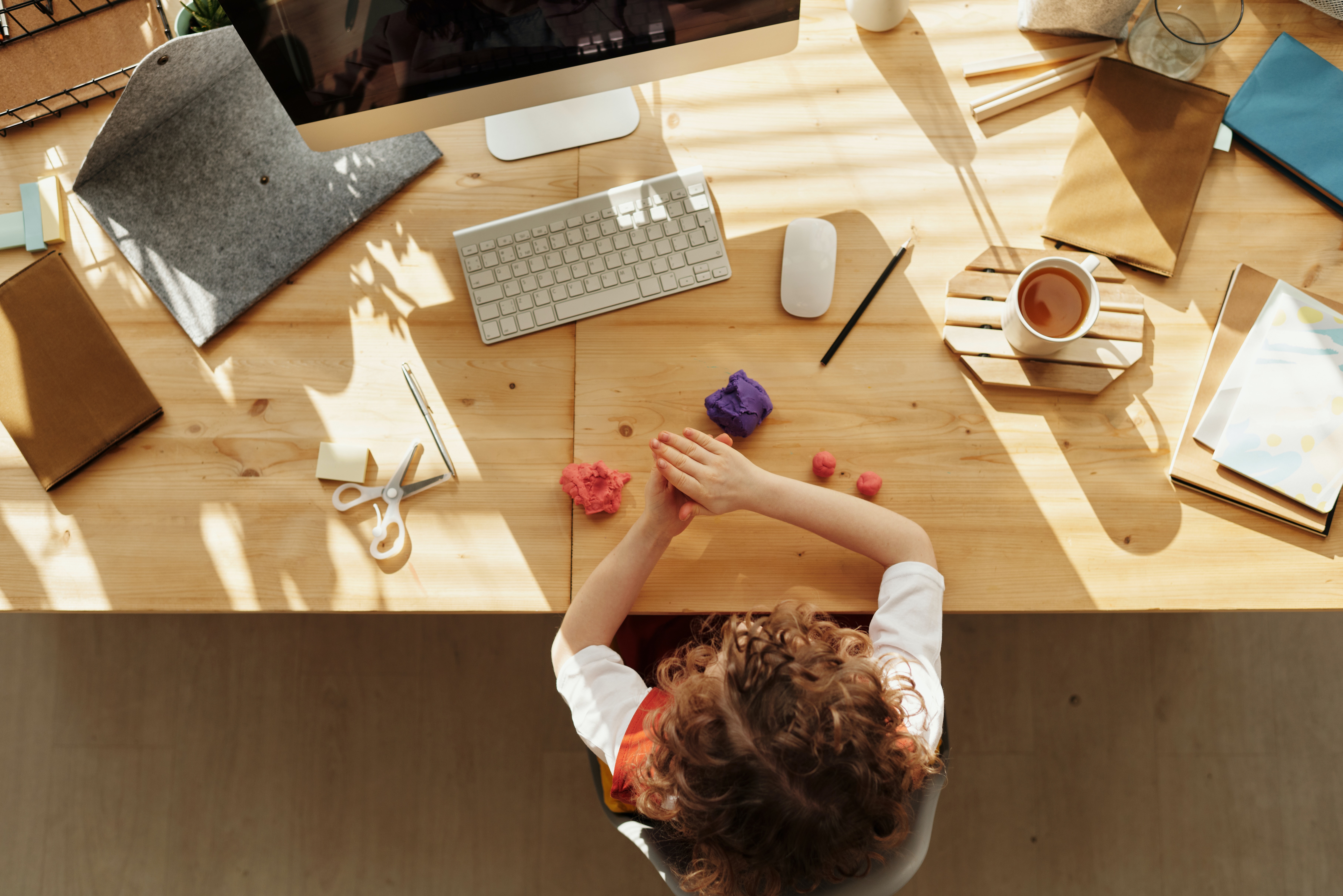 When there are less-stringent social distancing measures in place, I try to do this as much as possible. But don’t expect too much time spent in once place! I get a lot of 'Mama carry me' or 'I am hungry', however, there is always something special and memorable from each visit.

It might just be a postcard as a memento or a particular piece of work or the tiles in the museum loo. Museum shops are also great places to buy colouring books or other art-related items.

Here are our favourites in Hong Kong:

1. Galleries in The Peddar Building and H Queens.

2. The Maritime Museum - The Hong Kong Maritime Museum is a vibrant, cultural institution dedicated to preserving, collecting and displaying objects that tell the story about trade and maritime in Hong Kong and the Pearl River Delta. They also have a great educational section on plastic in the oceans too!

4. The Science Museum - Through interactive exhibits that set to pique not only students but the general public's interest, curiosity and imagination of the subject of science at large.

6. K11 Musea - They always display great art and the new Peacock Playground perched in the Bohemian Garden consists of custom-designed play equipment including a reclining peahen, a group of peacocks and a nine-meter-tall Papa Peacock with a flowing tail to climb up and a six-meter tubular slide to ride back down on.

Stock Up On Craft Supplies

We have a drawer full of art supplies. Whenever I see something fun (e.g. a piece of felt, a button, or piece of ribbon) I put it in the drawer. My older son loves the drawer!

Recently his grandmother, a big flower lover, sent him a flower press and now we collect flowers on every walk. He is so excited to put them in the press the moment we get home (or you just use the old fashioned way of placing them in a book).

We also maintained our weekly trips to Artland where you can find anything and everything related to arts and crafts.

Now let’s get those creative juices flowing with a craft you can make with things you already have at home.

1. Plan a nature walk with your child, collecting beautiful rocks and leaves in different shapes and sizes as you go. Make sure your rocks are large enough for your leaves.

2. Clean your rocks and leave them to dry. Choose a colour and paint your rocks with a paintbrush. Depending on the paint that you use, you might need to do more than one coat.

3. Now, for the leaf printing! Paint your leaves with a paintbrush. Make sure it’s a thin layer of paint otherwise it will smudge.

4. Press your wet leaf onto your dry painted rock and gently lift the leaf off to reveal your beautiful print! Continue printing with your leaves on the rest of the rocks.

5. Seal your rocks with permanent white glue once the paint is dry completely.

If this craft still hasn’t satisfied their passion for making art, there are endless possibilities out there! It is important remember, especially in times like this that: 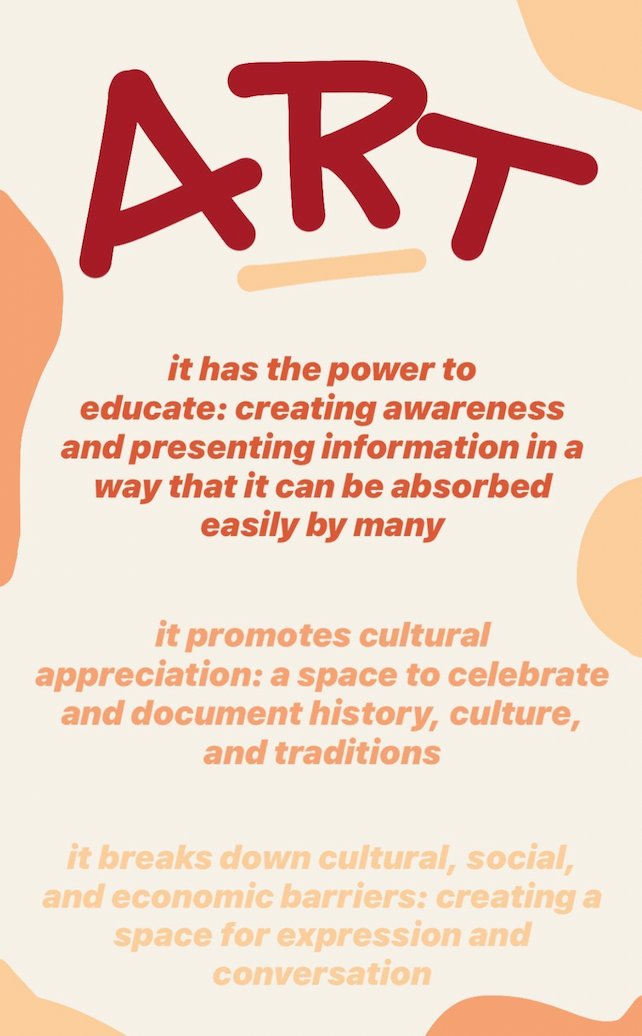 I hope you have been inspired you to continue to nurture your tyke’s passion for art, no matter what shape or form it takes. This week we have Retykle Ambassador Alix Delahaye to share with us her thoug... Fresh as a Daisy: Hacks & Tricks to Looking Rested Even When Lacking Precious Sleep While social distancing remains the norm, taking a walk or going on a hike is...

Give us a call

Sign up to receive our daily email and get 50% off your first purchase.